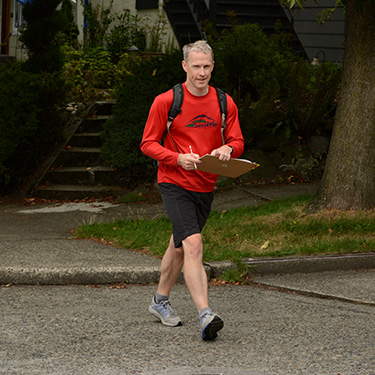 There is lots to see in Redmond, whether on foot or on bike. Join us at this NEW Street Scramble venue, during the very special Derby Days weekend, to see what neighborhood treasures Redmond has in store. There’s live music, a ferris wheel, bike races, beer gardens, an art show, and more. Plus, this edition of Street Scramble Redmond will feature a BIRTHDAY THEME for its checkpoints!

There’s much that makes Redmond special, from big tech to big parks. Microsoft and Nintendo bring tech culture; Redmond Watershed Preserve and Marymoor Park offer bountiful green spaces. Perhaps as a collision of tech and the outdoors, cycling is also a big part of the scene in Redmond. Furnished with abundant bike shops, cycling competitions and a velodrome, this town beckons you to explore by pedal or foot.

Thanks to the City of Redmond, this event is FREE for all participants! But you can help check-in go quickly and smoothly by registering your team at the link below: Small lots and street parking are available near the start/finish, although there will be festivities going on, so expect higher than average traffic conditions.